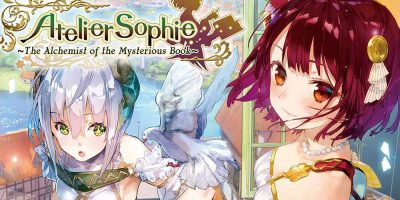 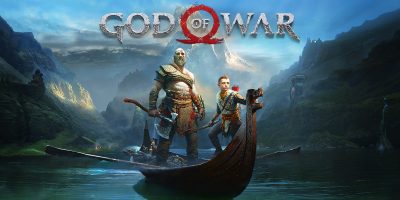 A video game that is both able to be played on the Vita and now the PC though Steam. This First Person Crawler game is rather interesting for many reasons. But be warn, if you have issues with things blood related you might want to not try this game out. The story is very much Integrated into the game play mechanic. Meaning that the game play and story is tightly connected and one don’t really give plot holes to the other. I myself really like the artwork of the game.

Doing this game you play as Jack. A person who can’t fight but does what he can to help. At first this include taking hits for the others in the party but does evolve from there. The fighters in the game are called ‘Blood Maidens’. As the name imply they are all female. They ‘happen’ to have names from fairy tails, Alice, Red Riding Hood, Snow White and so on.

Blood play a big part in this game. Although at the end of the day they are used to explain things that other games simply put in without explaining. For example would be Final Fantasy Limit Breaks. You work up a special, can leave the area and save it for later but if you could save it couldn’t you just always work it up when resting? In this game you have somewhat of the same thing. Going into Massacre Mode when you get covered in blood or worse, the much more berserk, Blood Skelter Mode. Jack has a way to help manage the girls from the Latter, making him to be rather important in the story.

The game don’t try to hide that a plot twist is coming but even leaving it on full display the game plot is simply good. Many times games that are first person dungeon exploring seem to simply make you a hero or the gun for hire and leave it at that. Here your trying to escape a living dungeon called the Jail with creatures called Marchens, Which at the start of the game is holding Jack and Alice prisoner.

The game does suffer a little, in having a simple end goal for each of the areas, but the game does mix this up. Some areas feel different in the layout and help feed into the feeling of you going to different areas.

This game isn’t hard to understand. While I already talked a little about Massacre Mode andBlood Skelter mode, which are somewhat like power ups when you kill enough foes. You can also remove your build up of blood for power ups  or recovery as the game keep going. This game have little mechanics here and there that keep you looking. For example you can blow up some walls. If you do the right actions the Jail will reward you with bonuses or even growing bigger in size.

Exploring is the meat and cheese of most First Person Dungeon games, and this one does work at making the different areas feel different.  From the layout, what’s happening, as well as reactions from the Nightmares, the bosses of the area. While exploring you can not beat them. Needing to run away as they appear. Few places they appear more then others helping feed into the differences between them. There is the power to reset your girls with the power to work them up even stronger then before for those who love to ‘Meta Play’. What I mean is for players who love to work the system and become super strong. You can also adjust the game difficulty level for a bigger challenge if your big on that.

One of the bad thing about this game is the loot is somewhat random. While unlikely you can get something that feels above the level your at. But many times loot is lower level. The Merchant that you randomly meet will have random stuff. Sometimes with a Sword around the level your at but the bow you started the game with. It’s a little annoy at times, going off to a dead end to get a item that worse then the weapon you got at the last area. But it does make finding a high power item much more special.

The game makes for a good play though. I’m the type that can easily end up dropping games and never coming back to them. While I did finish this game and the extra dungeon at the end,  I was ready for it to be over. You can easily sink 30 hours into this game. I myself like playing games like this that isn’t largely action pack on the go. Although this does has times when your on a time limit they aren’t common although they are random. If you like Anime Style First Person Dungeon exploring and want one with a twist, This one is a must have. If you enjoy exploring and RPGs it’s worth having a look at. While the overall package is good nothing is ground braking, unless if you count how well the story and the game mechanics complement each other.

You can find this game for PC: Here

Also to note, Mary Skelter 2 for PS4 has release but not in English yet with not state site release date yet. You can get the Japan Version: Here