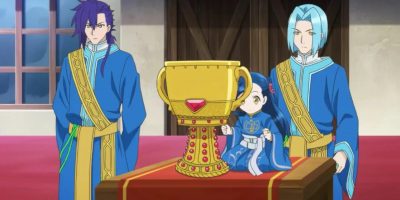 Telling you in detail what type of show it is would spoil the first misleading episode that does a good job of misdirection. But I will say that the education in class about the “Enemy of Humanity” claim they can take any form. Leading to a somewhat Among Us feeling with My Hero Academia Powers.

A fun anime, The writing isn’t the level of that of Death Note but is good none the less. The fun twist at the start make for an interesting show as you end up rooting for the “Deku” of the anime.

One Season is out for this show.
You can watch Subbed and Dubbed